Chris Benjamin is a freelance journalist, book editor and an author of fiction and non-fiction. He is also managing editor of Atlantic Books Today magazine. 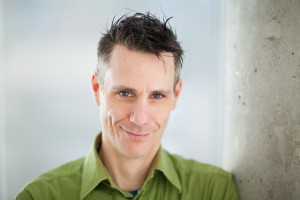 His latest books is Boy With A Problem, a collection of 12 short stories about lovable outsiders, their feelings of disconnection and isolation. The Miramichi Reader called it “powerful in its depiction of pain and tender in its exploration of struggle.”

His latest nonfiction book is Indian School Road: Legacies of the Shubenacadie Residential School. Released in August 2014, it won the Dave Greber Freelance Book Prize before being published, and was named a Nova Scotia Book of Influence by Nova Scotia librarians.

Eco-Innovators: Sustainability in Atlantic Canada won the 2012 Best Atlantic-Published Book Award and was a finalist for the Richardson Non-Fiction Prize. A series of short video documentaries has been made based on the book.

Chris has also published about a dozen short stories in literary journals, magazines and anthologies (published by the likes of Descant, Nashwaak Review, Roseway, Pottersfield Press, Voiceprint Canada, The Society, Rattling Books, Third Person Press, and Fierce Ink) as well as a few poems (like Spiral and Patching Wormholes with Pancakes).

He has lived and worked in Toronto, British Columbia, St. Lucia, Finland, Indonesia, and Ghana. His current home is Halifax.

Testimonials for Chris Benjamin, Writer, Author and Journalist“Chris Benjamin is a Nova Scotia treasure. He really does his homework, and his columns are trenchant, clear and well-argued. He’s the go-to commentator about environmental issues in Halifax and the province, and Nova Scotians should be very grateful for his perception and his courage.” —Silver Donald Cameron, Author/Columnist

“Chris Benjamin is that stalwart journalist every community needs, the person who finds the big perspective and gives us context. Halifax is a richer, more thoughtful place, thanks to Benjamin.” —Tim Bousquet, Founder, Halifax Examiner

“Chris Benjamin is a young man with a strong creative mind and a willingness to put new ideas forward and venture into the unknown. His words resonate with passion and truth.” —Lesley Choyce, Founding Director, Pottersfield Press

“I’m always happy to receive a query letter from Chris Benjamin. He’s an excellent writer with a strong grasp of social justice and environmental issues, robust research skills and a healthy respect for deadlines. Chris has the rare ability to take on complex issues, make connections others may not see, and explain what’s really going on in a way that is persuasive and entertaining.” —Dave Mitchell, Editor, Briarpatch Magazine

“Bringing to mind Hosseini’s The Kite Runner, Chris Benjamin’s prose is beautiful, engaging and taut with tension as it transports us back and forth between several worlds.” —Carla Gunn, author of Amphibian

“Chris is able to analyze complex issues, account for numerous perspectives on any given story, and convey this information to our readers in a coherent, readable, and entertaining format.  An unusual talent.” —Gabby Asare Otchere-Darko, Editor-in-Chief, The Statesman

“Chris took the general idea of what we wanted, developed a proposal, and delivered material that is compelling, accessible, and relevant…he was able to give readers a sense of the real impact that climate change is having.” –Satya Ramen, Nova Scotia Liaison, Environmental Justice Organizing Initiative (2007 – 2008)

“All of Chris’ well-crafted stories had the technical and thematic qualities I had asked for, and lent insight into the subjects’ work and personalities.” —Molly Crealock, Photographer