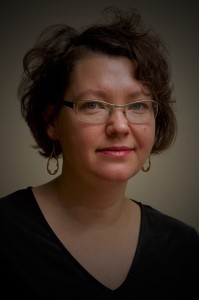 This story first appeared in The Laker News on November 19,2020.

BERWICK: Lorrie Rand remembers two pivotal moments leading to the creation of the ReCover Initiative, which aims to reimagine energy-efficient buildings in Nova Scotia. The first was in 2013, at a passive-house conference in Maine, where she was learning how to use smart design to build a house that uses 80 to 90 percent less energy. She attended a presentation about a program in the Netherlands that had successfully retrofitted thousands of homes to become net-zero—meaning they generate as much energy as they use for heating, hot water and electrical—at no extra cost to homeowners.

Her work as co-owner of Habit Studio focused on home-renovation design, upscaling houses for their owners. She often urged clients to strive for a high-performance energy standard, but cost was prohibitive and many couldn’t see the value. But the Dutch had found a way to make the economics work.

The second breakthrough moment came during a meeting with a builder, Nick Rudnicki. “He was having environmentalist angst,” Rand says. “He was having to build this ginormous energy pig of a house for people who’d be here just a few weeks a year, vacationing from Europe. He wanted to do some good.”

She told him about Energiesprong, which translates to Energy Leap, the Dutch retrofit program that hadn’t left her mind since that conference in Maine. “Nick got really fired up.”

Rand and Rudnicki both realized that no matter how many new net-zero houses were built in Nova Scotia, its old building stock would still have a serious emissions problem. To meet the province’s reduction targets, existing buildings must be made more efficient.

When Rand told him about Energiesprong, Rudnicki got excited. Here was something positive he could do to cure his environmental guilt.

Three weeks later, when they next met, he had crunched numbers and met with the province’s Department of Energy and Mines.

The ReCover team is directed by Rand, Rudnicki, and Emma Norton, who has an extensive background in energy conservation work in the non-profit sector. The team is bolstered by the existence of similar projects elsewhere in Canada:

Based on previous experiences with renovating clients, the ReCover team felt it was essential to make a strong economic case for energy efficiency retrofits, to show that it could be done affordably. They connected with Jim Nostedt, an economic consultant who specializes in assessing the value of a whole building for the duration of its useful life.

Nostedt’s program, called SEEFAR-Valuation, accounts for investments in energy efficiency and their savings, critical for property owners deciding whether to make significant expenditures.

Nostedt’s research indicates that over the 60-year life of a pre-1996 building, owners would spend $1.5 million more if they did nothing to improve energy efficiency.

What further reduces the risk is the unique Energiesprong method adapted by the ReCover Initiative, in which, after laser measurements are taken of the building’s dimensions, a new building façade is prefabricated in a factory, then shipped and bolted to the building. Solar panels are then added and heating, cooling and ventilation systems are upgraded. The process can be completed in just days, saving significant money for owners over an onsite build, and allowing tenants to stay in the building throughout.

The reason ReCover pays so much attention to the finances is that 37 percent of Nova Scotians live in energy poverty—they spend more than 10 percent of their gross income on energy costs—one of the highest rates in Canada.

Now all they needed was a building. 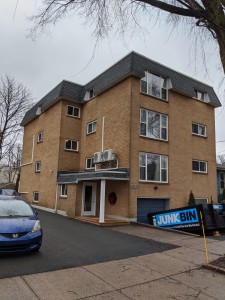 Rudnicki and Rand had both done previous work for the landlord of a low-rise apartment building on Lawrence Street, in west end Halifax. He was looking for added curb appeal for an outdated building.

The building is a near-prototypical brick-clad, low-rise apartment building. It gives a nice predictable working model to work out any kinks with the ReCover process. A fussier shape, say an old Victorian house, would be a much more difficult starting point.

Rand, Rudnicki and Norton scale things up. They have made a point of sharing research results

and lessons as the project progresses, in the hopes that Nova Scotia can scale up quickly enough

to address climate change before it’s too late. The expectation is that the cost per building will decrease by as much as 50 percent as the process becomes more commonplace.

ReCover will complete the Lawrence Street building by the end of the year. Based on initial models and measurements, for a cost of $350,000 ($87,500 per unit) the team expects a 75 percent reduction in energy use.

“Then, with the addition of solar panels, it’s net zero,” Rand says. “On this type of building that’s the kind of performance we’re anticipating.”

Another advantage to focusing on low-rise buildings is that they are common. Province wide, more than 40,000 households live in low-rise buildings that pre-date 1996. That date is important because it’s when the province’s building code was upgraded to focus on energy efficiency. Buildings built before 1996 use about twice as much energy, so that has to be cut down significantly to prevent the worst of climate change.

“Very few people understand how big this is,” Rand says. If 40,000 such buildings are ReCovered, it will prevent 210,000 tonnes of carbon emissions annually.

Rand and Rudnicki have both run businesses for several years, employing handfuls of people.

Until ReCover, they never set out to rebuild a more sustainable economy.

But, if their work with Emma Norton achieves its goals retrofitting 1,000 buildings by 2025, based on Efficiency Canada’s reporting on the economic impact of energy efficiency investments, Rudnicki expects their process to create more than 5,000 new full-time equivalent jobs. The work is high-skilled—that’s jobs for designers, engineers, consultants, LIDAR laser scanners and builders.

Because some of those jobs will require new skill sets, like energy-use modelling and monitoring, the ReCover team has been working with the Nova Scotia Community College. “Students will learn how to monitor and analyze data but it’ll be set up by department heads,” Rand says.

With big aspirations and the looming pressure of climate change, their learning curve is steep. “We’re currently relying on a laser scan of a building that gives us a drawing, and we need to get to an IKEA level,” where reaching net zero is like buying a kit with illustrated instructions.

If all goes as they hope, ReCover is the beginning of a movement to make inefficient buildings a relic of the past.