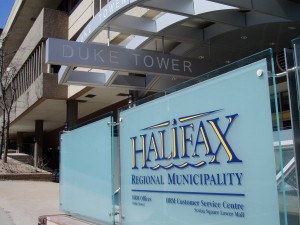 Originally published in Coastlands: The Maritimes Policy Review, in December 2007, on pages 26-27.

In August I moved back to Halifax after an eight-year hiatus in Toronto. I was surprised to find that not much has changed. The north end is gentrifying somewhat and I see a few new buildings going in, but, by and large, it’s the same, slow-paced, well-spaced city I remember and love.

When I was 24, that slowness was killing me too quickly. After eight years of rushing around Toronto trying to prove how productive and hip I was, this place seems perfect. Yet, having suffered the teenaged doldrums without so much as a decent shopping mall where I could blow off steam (and money), I can appreciate the desire to liven up the place. Looking at the white flight out of this city, I can even understand the HRM by Design team’s ambitious “build it (up) and they will come (back)” dream. What I can’t understand is why they think building a bunch of steel and glass commercial towers, albeit buffered by trees and pedestrian lanes, is the way to do it.

In September, over the course of a week, this team of HRM planners and consultants from the Toronto-based Office for Urbanism held four public consultations or, as one planner called them, “public affirmations”, to discuss their grand plans for the Halifax peninsula. They presented three remarkably similar scenarios, all focused on scrapping the heinous Cogswell Interchange – which has long separated north and south Halifax – and replacing it with a million square feet of commercial space, mostly in the north end.

The reception from the 600-strong crowd at Pier 21 was overwhelmingly positive, aside from a few wet blankets obsessed with bike lanes and heritage buildings. The majority favoured the third scenario, with the highest towers. A series of smaller workshops followed to gather more in-depth feedback, most of which was also positive. Afterwards, the HRM by Design team regrouped to answer a series of burning questions, to a near full-house. There were cheers every time the overhaul of Cogswell Interchange was mentioned. But question period revealed that support for the plans was not unanimous.

The audience, in its wisdom, pointed out several shortcomings, the first of which is the direct question: how are we going to pay for all this? Could the same resources be used to address the fundamental reason people leave Downtown Halifax? That reason is that they can pay considerably less money for a larger house with a bigger lawn outside the city. Or, in many cases, they can’t afford a downtown house at all.

Instead of giving us an affordable downtown core, this plan asks taxpayers to foot a bill that could run into the billions, and for what? The sales team, uh, that is, the planners and designers, talked a lot about affordable housing, but provided precious little information about how it would be created. How can more commercial space attract another 5,000 residents to the peninsula? All I can foresee is more commuters, traffic and air pollution.

Two of the most pertinent comments came from north-end residents. The first came from a scientist, who asked: “Will you have anyone from outside the area review your plan to provide a more objective, unbiased view?” Jennifer Keesmaat, one of the sales reps (planners, whatever) from the Toronto firm replied along these lines, “I don’t think we should let outsiders influence us with their ideas” – to a thundering round of applause. Yes, let’s burn the outsiders and their ideas, too. The next questioner observed: “These meetings seem like a white folks’ planning session.” “So what?” said the white guy behind me.

Keesmaat acknowledged the lack of ethnic diversity during the “affirmation process”, but added that she refused to discredit all the positive feedback they’d received that week just because it might not be representative. She pointed out that the urban-design community and developers were well represented. But this is the fundamental flaw in the planning process. We now have a very small group of well-paid professionals making grandiose, pie-in-sky plans that affect everyone – including the people who they don’t even know enough to invite them to the planning party. Did no one think to reach out to the black community in the north end of Halifax, who may be most affected by the planned commercial high-rises? This lack of consultation with Halifax’s North End residents follows a long tradition going as far back as the Halifax Explosion, when one of North America’s first community health centres was removed to the South End. Then, as now, it was easier for city planners to pander to the interests of the wealthy than consider the needs of, from their point of view, a less affluent community.

Personally, I’m all for urban density and building the downtown core up, not out. Density concentrates humanity’s high impact on the environment that hosts us and saves a lot of land and other species from destruction. Building up is more efficient and, if done well and not too close to existing areas of natural beauty or cultural significance, doesn’t even have to be ugly. The billion-dollar unanswered questions are: How do we achieve that density and bring people back to live in the peninsula again? How do we justly and fairly determine where the big shiny new buildings go? And how do we build the capacity of services, such as schools, hospitals and places of worship, to accommodate the influx?

The HRM by Design team is right that most people, unlike me, want a little excitement in their city, a little action. What is more fundamental, though, is being able to live in a friendly neighbourhood, in a quality house or apartment, with access to quality services at a reasonable price. The plan that was presented, with its focus on commercial growth, does nothing to address this need.

As for those who live out in the sticks, why should they care? The plan isn’t even interesting enough to bring them into town to listen to the proposal, let alone move here. It has no impact on them, because it gives them no affordable urban options. No one seems to have asked what would bring them into town anyway.

If it were up to me, I’d look first at creating affordable housing and then I’d get rid of cars in the downtown core. There’d be bike lanes all through the city and the only vehicles would be buses, thousands of them. And the cop cars would all be pink.

But it shouldn’t be up to me, it should be up to everyone affected, from the city core to the periphery: rich, poor, young, old and homeless. They should have been involved from the beginning. And we should let people outside HRM review the plan (gasp) and learn from their experiences. As it was, the public was responding merely to three nearly identical proposals out of infinite possibilities. The result may be a city geared toward young urban professionals obsessed with commercial growth and computer models, and no one else.